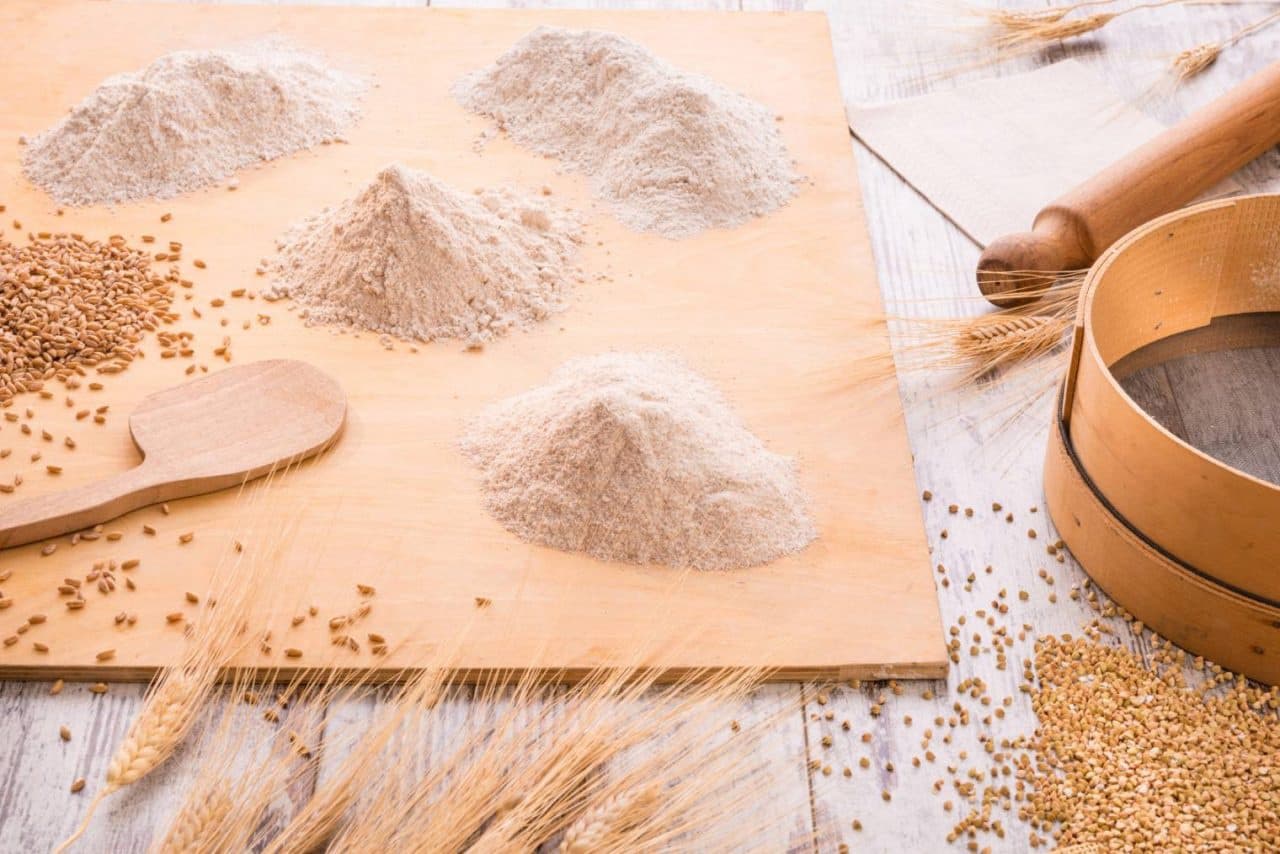 Combining baking with keto can be quite a challenge. Once wheat flour is no longer an option – you need to find low carb flour alternatives. If you’re not familiar with other types of flour – it can be difficult as most of them can’t be used in the same manner as wheat flour.

However, once you get used to it, you’ll see only the benefits of selecting various low carb keto flour. Not only do they have fewer carbohydrates, most of them are a more nutritious and in general healthier choice.

Since all of the low carb flour is gluten-free it cannot fully substitute for regular wheat flour. However, after a lot of experimentation, I found my perfect low carb flour recipe that works as a wheat flour alternative – you can find it at the end of the article.

In this article I will cover some of the most popular low carb keto flour that can be purchased online, at the store or made by yourself with tips on using it. If you’re looking for a wheat flour alternative – be sure to try the recipe at the bottom.

Below you will find a list of low carb flour alternatives. If you’re a beginner at baking, before you start experimenting, I would recommend you to try out at least a few recipes that originally feature low carb flour.

Coconut flour is high-in fiber and low in carbohydrates – a perfect substitute for wheat flour. Made from pure coconut it comes with a delicious slightly sweet taste. Overall, it’s an excellent addition to a healthier lifestyle. Also, coconut flour is not only low in carbs but also gluten-free. It is one of the most used substitutes for almond flour.

Choosing coconut flour is recommended especially for those who have a sensitive digestive system. Another benefit of the coconut flour is that it is cholesterol-free. During the making of the flour, the coconut meat is dried, then it gets all of its oils removed and at the last stage the coconut meat is ground into fine powder. Due to the complexity of the process, it would be quite hard to make the flour yourself, unless you know what you’re doing.

The greatest difference between coconut flour and other low carb flour, or even wheat flour is the required liquids. Coconut flour requires a lot more moisture than you’re used to adding into your regular cakes or pies. For example, half a cup of coconut flour could need around five or six eggs. So, if you’re planing to cook with coconut flour – be sure to have some extra eggs and butter stored in your pantry.

NOTE: when cooking with coconut flour add extra liquids. In a couple of minutes the flour absorbs a lot of moisture.

TIP: since coconut flour absorbs moist – store it in a cool and dry place. Otherwise it will get absorb moist and become unusable.

Overall, soybean flour can be considered as multipurpose as it can be easily incorporated in many dishes, savory and sweet. Usually I use soy flour together with other flour to get a more crunchy texture.

TIP: in order to keep your soybean flour fresh, keep it sealed in the fridge and away from moist.

Almond flour and coconut flour are among the most popular low carb flour choices. When almond flour is made, the almonds are blanched (the process of removing the skins) and finely grounded. Almond flour is low in carbs and high in vitamins and minerals. Therefore, it’s an excellent choice for healthy cooking.

Almond flour alternative – almond meal is made in a slightly different way. Instead of blanching the skins away, they are kept. So, to put it in other words – it’s simply grounded almonds. In some cases – that’s exactly what they’re called. When it comes to cooking with almond meal and almond flour, you should use the same amount of each as you would of other flour.

Since almond flour and meal are such a popular low carb flour choice, you can easily get them at nearly any supermarket. Of course, if ti’s more convenient – you can order online.

TIP: store almond flour and almond meal in a sealed bag or container in your fridge. Otherwise, almond flour can expire quickly!

Chestnut flour is gluten free and low in carbohydrates. When making this flour, the chestnuts need to dry over a fire for up to 5 weeks.

In the past, chestnut flour was used mostly by the underprivileged people. However, due to many of its health benefits it became popular among the wealthy as well.

The taste of this low carb flour is nutty and a little sweet. That’s why it could be a great choice for baking. You can make everything from bread to cookies and cakes by using keto chestnut flour.

Overall, chestnut four is very nutritious and is full of protein and vitamins, such as B and C. Due to the delicious nutty taste, it became an irreplaceable ingredient in my kitchen. The only downside is that if you don’t store the flour properly – it will go bad quickly.

Flax meal or ground flax seeds are an excellent ingredient to have in your pantry. This low carb flour is nutritious and can also substitute eggs – how great is that?

Using it as egg substitute is actually very easy. This method can be found in many vegan recipes. Simply combine 1 tablespoon of ground flax seeds with 3-4 tablespoons of water and let it rest. This mixture should be enough to replace one egg.

TIP: even though it can replace eggs, it will give you only some egg benefits. If your recipe requires using a lot of eggs – this substitute will not give you the same result as eggs would do. It is best to use it when only an egg or two are required for combining the mixture.

Sunflower seed and pumpkin seed meals are popular among people who have allergies for nuts or sensitivity to coconuts. They are a great low carb flour choice as they are very nutritious. Being rich in vitamins and minerals, such as selenium and copper makes them the perfect substitute for almond flour.

Since using them is a little less popular, this low carb flour usually has a slightly bigger price tag. So, if you want to save, try finding places where you can buy in bulk or simply make your own. It’s quite easy, all you need are the pumpkin or sunflower seeds and a simple food processor or a coffee bean grinder.

NOTE: use them in the same manner as you would use almond flour.

TIP: sunflower seed and pumpkin seed meals can be stored in a shelf. Once they’re open, they’ll be good to use for about 3-4 months.

Technically, Psyllium husk is not a type of low carb flour. However, having it in your pantry is very useful as it is a great binding ingredient. Not only that, this powder will help you give your cakes and pies the required volume as no low carb flour can do it on its own.

Even though originally psyllium husk is used by people who have digestive problems, due to its capacities to give your pastries more volume, it became very popular in the vegan kitchen as well as low-carb. It’s one of the few ways to give your foods the size without giving them the carbs.

TIP: you can store them in your shelf. Most come in bottles and don’t expire quickly.

As mentioned in the beginning, there is no low car flour substitute that can do the same as your regular wheat flour. However, after many experiments in the kitchen, I found some combinations of different flours that together make the perfect keto flour. It can be used for any baking purposes. For me, it’s the ultimate keto all purpose flour.

Making the mixture is very easy, all it requires is getting your dosage right. First, I will start from categorizing the flour from this article into 3 main categories:

Now that you have your low carb flours in order, time to select the perfect quantities. Around half of your mixture (45-50%) should be made from the base flour. A smaller part (35-40%) of the mixture should be the starch flour. Last but not least 10-20% should be the glue flour. Usually I choose the amount of glue flour based on how fluffy the foo that I’m baking is supposed to be.

As you can see, there are quite a few low carb flour alternatives. By using them, you’ll be able to recreate your favorite recipes without the unnecessary carbohydrates in it.

Unfortunately, there is no one flout that can substitute for all-purpose flour. However, a clever mixture can make that happen.

At first, it may seem a bit difficult to work with the new low carb flour substitutes, but once you’ll get used to them, you will see how many health benefits they bring. So, enjoy your baking! Also, you can find some inspiration for delicious keto desserts here. Enjoy! 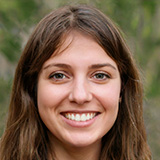 Christina is a co-founder of DietAZ. She studied nutrition in university and since then worked as a private nutritionist. Christina is a foodie by heart and spends most of her time researching new ideas for recipes. Of course, the remaining time she spends in the kitchen trying to make the meal ideas even better. You’ll find many of her tips next to original recipes. 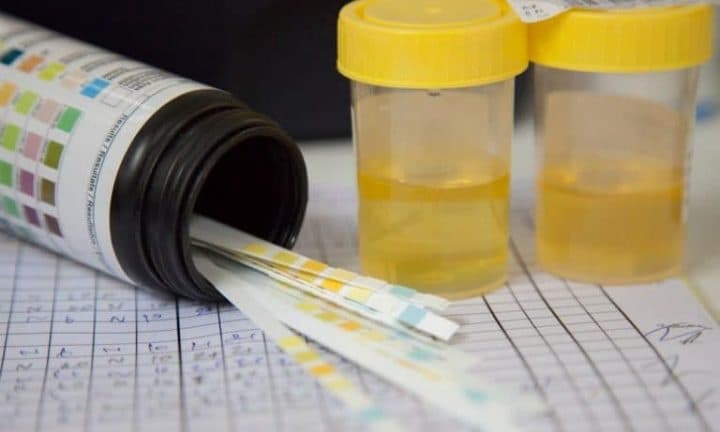 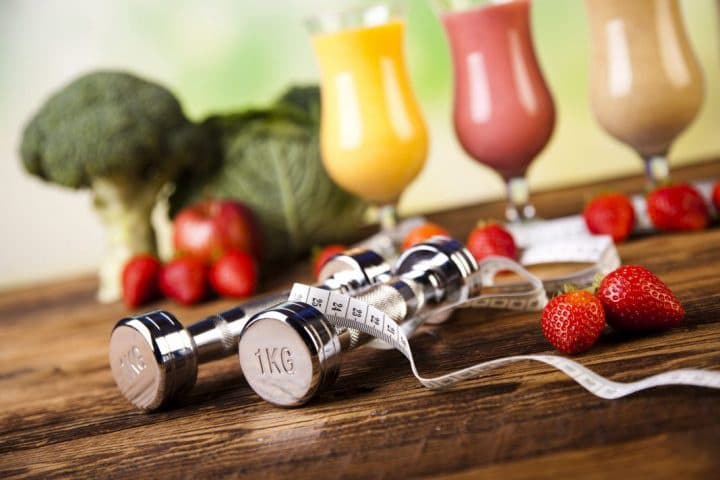 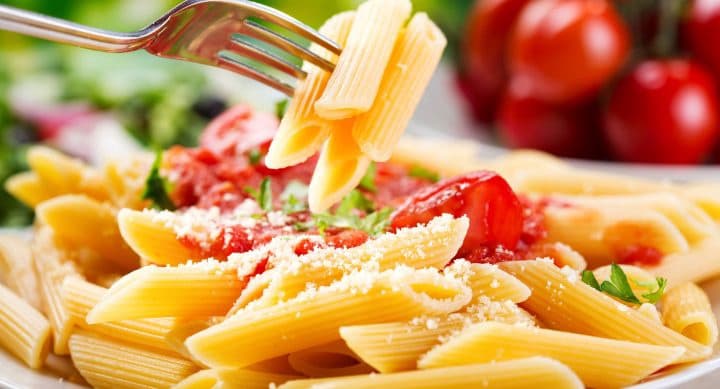 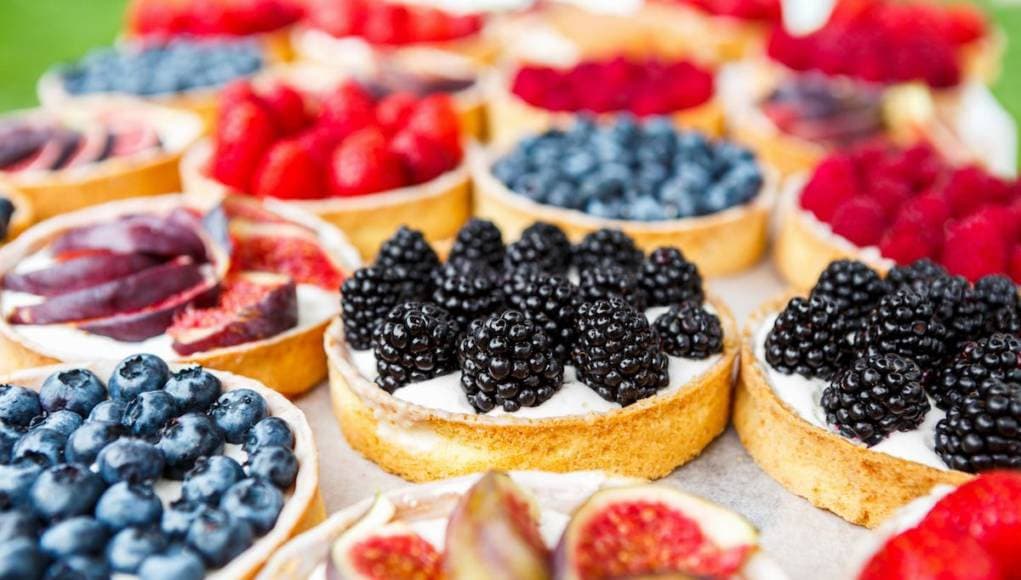 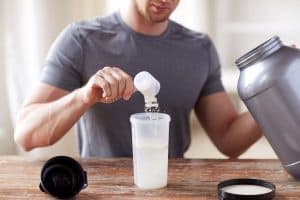