Probably you’ve started keto diet and wonder whether your body has reached ketosis or not. You’ve did a little research and and found out that one of the signs that your has reach ketosis, are ketones in urine also known as ketonuria.

In short, ketonuria is a condition when you have ketones in urine. To put it in more details, ketones are the waste products of metabolism of fatty acids. In individuals, who don’t follow a specific diet plan or don’t have any known health conditions, ketones form in their liver. They are fully metabolized and you would rarely find any trace of ketones in urine.

If your body finds itself in a situation when there are no carbohydrates to use for energy, or the body is unable to use carbs – it starts burning fat instead. When fat becomes the main energy source of the body, it starts producing larger amounts of ketones. Since your body starts having excess ketones after the metabolic processes a higher trace of ketones in urine can be found. Having increased levels of ketones in your urine, or having ketonuria, means that your body’s primary source for energy is fat.

As mentioned before, commonly ketone bodies are not traceable in your urine. That only happens when your body starts burning fat for energy instead of carbohydrates. The ketones that appear in urine are beta-hydroxybutyric acid and acetoacetate. Another ketone, called acetone is produced by your body as well. However, it is expelled through lungs. So, when your body enters the state of ketosis, it should give positive reading on ketone test strips.

In 2010, one study proved that even though ketonuria is ill-understood in the medical world and only connects to diabetic people, there are actually positive sides to it after fasting and improved medical health.

Similar to glucose tests, the ketone levels can be tested in a specialized lab or simply by using a home urine test. The results of ketonuria are divided into 3 main categories, based on the concentration of acetoacetate – ketones in urine. A low/ small amount of ketones in urine is 0.6-1.5 mmol/l; a moderate amount is 1.6–3 mmol/l, and a large amount is 3 mmol/l or greater.

What Causes Ketones in Urine?

Today there are two main reasons that cause ketonuria. One of them is self-indulged when following a ketogenic diet. The other one happens not on purpose. High levels of ketones in urine are often spotted in people who have diabetes.

If you’re following keto diet, most likely one of your goals is to have positive testing for ketones in urine. In this case ketonuria is a sign that your body has entered the state of ketosis and burns fat for energy. It’s a normal process and it happens to people who are following a low carb diet, keto or are fasting.

If you’re not following a specific meal plan, most likely most of your energy comes from carbohydrates. To be more precise it comes from glucose. And that glucose comes from the food you eat and is stored in your body. A hormone called insulin is responsible for transporting the glucose to every cell of your body to provide it with energy. This includes your heart, brain, lungs and muscles. As you can see – insulin is a vital hormone for your body.

If a person has diabetes, he or she may not have enough insulin. Not having enough insulin means that your body no longer can properly use and transport glucose to your cells. Then it starts searching for another source. Your body starts breaking down protein and fat cells in order to supply energy to your body. During this process, ketones are produced as a metabolic end product. They are expelled through your urine, sweat and breath.

In case of diabetes, when you have too many ketones in your bloodstream, your life can get in danger. Due to too high levels of ketones in your body, diabetic ketoacidosis could occur. It makes your blood acidic. Acidic blood can harm your organs and put your life in danger. Usually, ketoacidosis happens together with ketonuria as your body tries to get rid of the excessive ketones through urine, breath and sweat.

It is in fact possible to get ketonuria or higher leves of ketones in urine without following keto diet or having diabetes. There are other, less frequent reasons why your body starts producing extra ketones. Such include: starving yourself, being pregnant, consuming too much alcohol, specific illness including a fever, using specific medications and so on.

Here you will find the most common symptoms that mean that your body is producing excess ketones. The bigger the concentration of ketones in urine, the more severe the symptoms should be:

As mentioned before, there are three main categories of ketone levels in urine. A small amount of ketones in urine is under 20 mg/dl; a moderate amount is 30–40 mg/dl, and a large amount is 80 mg/dl or greater.

Most publications agree that the best level of ketones for weight loss is 1.5–3 mmol/l. These levels of ketones in your blood is often even referred to as the sweet spot for those who follow the keto diet. During it you reach the optimal ketosis for weight loss. As you can see the ketone levels fall under the small category.

If you want to know whether you’re in ketosis, measuring ketones in urine is a convenient way. It can be done at home. Also, the strips are not expensive and can be bought nearly at any drug store.

Originally, the strips were created for people who have type 1 diabetes. They use it to know whether they’re at risk of ketoacidosis and whether they’re life is in danger.

As mentioned before, you can buy them nearly anywhere, starting at your local pharmacy store to ordering online. A package of keto strips contains any amount from around 60 to several hundreds of test strips. Just like anything bought from the drug store, keto stips come with an expiration date. Usually the keto strips are good to use for around 6 months from the original opening date. So, of you’re not planing to test yourself every day – don’t buy too many. Once the keto strips expire, the results may become inaccurate or less accurate.

Each package of ketone test strips come with instructions and recommendations to measure ketones at similar time, if you’re planing to do it on a daily basis. Below you will find a short overview of measuring ketones in urine.

How to Use the Strips

How to Read Ketone Strips

Once you compare the color of your ketone level strip with the packaging, you will find that your result falls under one of these categories:

Also, results vary from person to person and your sweet spot could be 0.7.

Testing ketones in urine is a rather subjective measure as it only gives you an abstract number that falls under several categories. If you want to have an exact number, it is better to trust blood ketone tests.

However, if you just need the approximate amount and the only reason you’re testing is to know whether you’re in ketosis this is absolutely enough.

If you trace your ketone levels in urine on a daily basis and on similar time – you will get the most accurate results. This way you will be aware of any changes.

What is important to mention is the fact that the longer you are in ketosis, the less trustworthy the keto strips become. When you’re in ketosis for several months or more, your body starts optimizing the production of ketones. This means that the body uses more of them for energy and less are expelled through urine. In this case, blood tests are a better alternative to strips as they will give you better and more accurate results.

Visible ketones in urine, also known as ketonuria is a metabolic result of when your body burns stored fat instead of carbohydrates for energy.

This happens when you follow a specific diet and reduce your carbohydrate to a minimum or if you have such health conditions as diabetes.

One of the fastest and cheapest ways to measure your ketone levels is by measuring ketone levels in urine. For that you can use special tests that can be bought in nearly any drugstore or can be ordered online.

Ketone strips were originally created for people with diabetes. So that they could measure their ketone levels and know whether their lives are in danger. However, they became highly popular among people who follow the keto diet and are frequently used to measure ketosis.

Even though it is a very cheap and convenient way to measure ketone levels, it only gives you an approximate value. If you want to get more accurate results, blood testing is the better option.

Another downside to keto strips is that they work only at the very beginning. If you follow the keto diet long enough, your body adapts. It starts optimizing ketones. Most are used for energy and less are expelled through urine.

Overall, it is an accurate enough measure to track your ketone levels that doesn’t come with a price tag. Having an approximate value is enough to know when your body has entered ketosis and to maintain it. 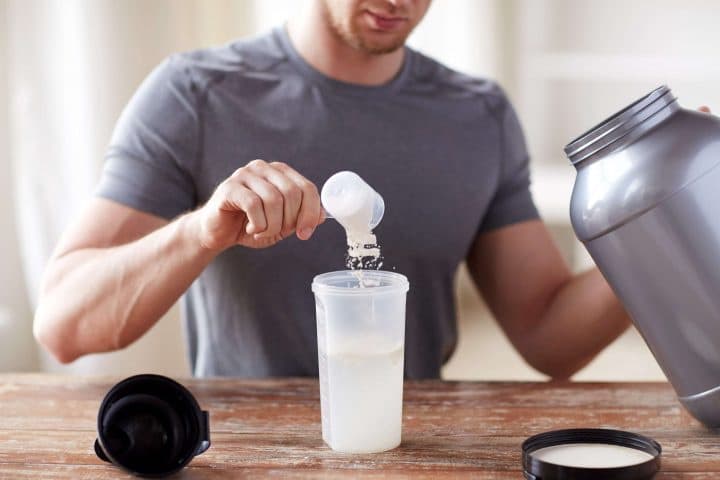 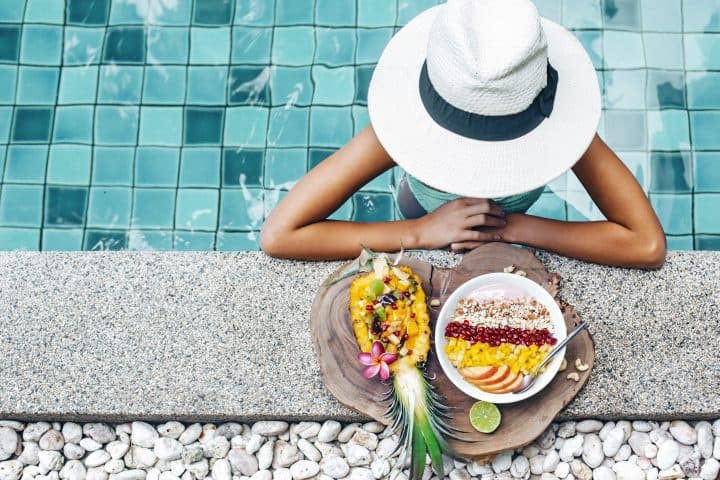 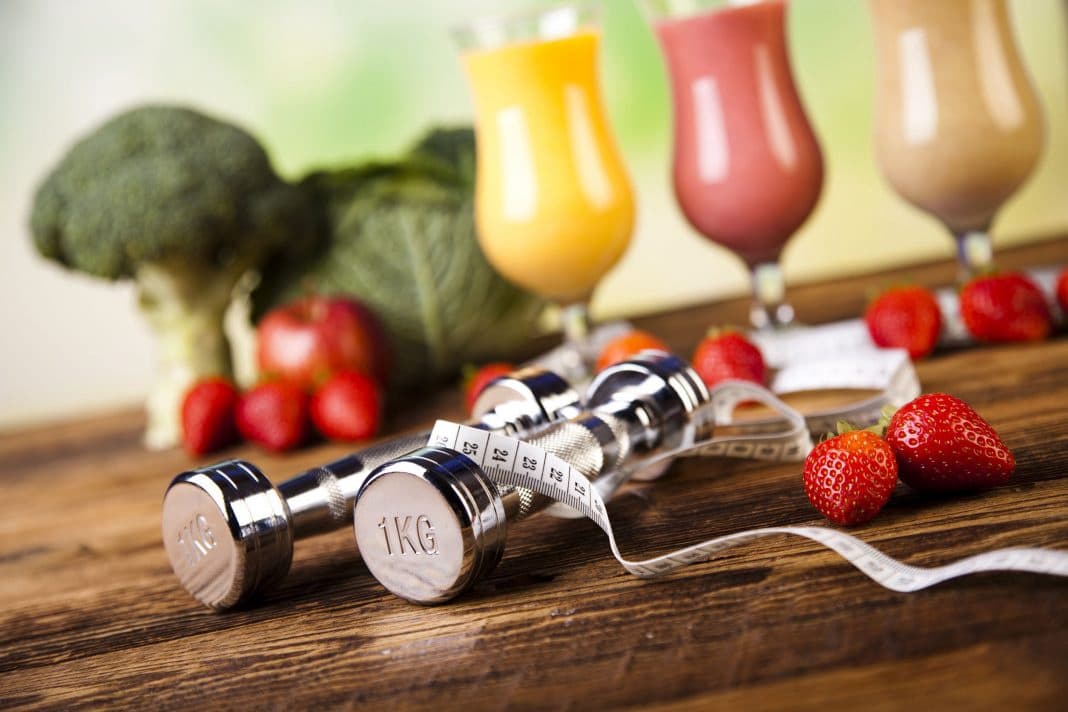 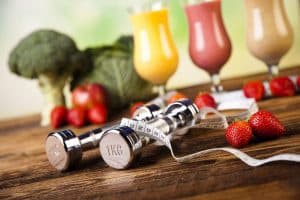